Many employers, such as manufacturing plants, utilities and healthcare facilities, operate 24 hours a day, seven days a week. So their workers must work shifts, some of which are overnight. Workers may also be scheduled to work a night shift one week and then a day shift the next. Shiftwork takes its toll. It throws off workers’ “circadian rhythm” or natural body clock, making it hard for them to sleep when they’re off duty. Shiftworkers are also prone to develop certain kinds of illnesses and because they’re often fatigued, they’re more vulnerable to safety incidents.

The Impact of Shiftwork on Safety & Company Performance

Shiftworkers face considerable challenges. Their morale is often low. Their family and social lives may suffer because of their irregular hours, which contributes to their stress. The quantity and quality of shift workers’ sleep is also typically low. So it’s no surprise that sleep disorders, such as obstructive sleep apnea, are commonplace among shiftworkers. Shiftwork has also been associated with an increased risk of:

And the increased prevalence of such health problems often results in shiftworkers’ increased use of medication, which can adversely affect their job performance.

How exactly do these problems impact employers? The medical ailments that shiftwork causes or contributes to all have an erosive impact on workers’ productivity. And workers with such ailments utilize health services and drugs at a high rate and so drive up the company’s health insurance costs.

How bad is the problem? Shiftwork costs U.S. companies approximately $206 billion a year, or about $8,600 per shiftworker per year (based on 24 million shiftworkers). Shiftwork drives up employers’ costs by increasing:

The good news is that workers can be trained to cope better with the rigors of shiftwork. A study by Circadian Technologies, an international consulting firm that specializes in shiftwork issues, shows that giving workers shiftwork lifestyle training can reduce safety incidents, absenteeism and turnover—all of which cost the company money. In addition to saving money, shiftwork lifestyle training can also enhance revenues in the form of improved morale and productivity.

The study focused on a group of heavy equipment operators that worked shifts for a major surface mining company in the U.S. To establish a pre-training baseline, the shiftworkers filled out sleep/wake logs for a 28-day shift cycle. They also completed diagnostic surveys about their:

The shiftworkers and their spouses or partners then attended the “Managing a Shiftwork Lifestyle” training workshop. (Because shiftwork impacts workers’ families, involving family members in the training maximizes its benefits.) The workshop consisted of small groups of shiftworkers. Expert trainers delivered the training in a single four-hour session. During the session, they gave shiftworkers and their family members practical information on the special issues associated with shiftwork, including such topics as:

The sessions were interactive so shiftworkers could raise particular problem areas and share tips with each other. About six weeks after attending the workshop, 74% of the original shiftworkers filled out an additional month of sleep/wake logs and 68% of the original group completed a post-training survey.

The researchers compared the operators’ pre- and post-training information in the following areas:

Overall health. Before attending the workshop, 77% of the shiftworkers felt that their overall health would improve with a different schedule, as compared to 59% after the workshop. This finding could be the result of the shiftworkers’ better understanding of how their own personal circadian rhythms are affected by their current schedules. It could also reflect the fact that a high percentage of shiftworkers was more aware of good nutrition and was incorporating healthy eating habits into their lifestyles.

The surveys included a series of scientifically validated instruments to evaluate health status, including a gastrointestinal index. The post-training improvement in this index was quite dramatic—dropping from a score of 17.9 to 13.6. Because heartburn, indigestion and other types of gastrointestinal problems were frequent complaints for the shiftworkers, this result was very favorable. And the reduction in gastrointestinal score could represent a significant reduction in medical costs for the company. (The study didn’t analyze the company’s costs pre- and post-training.)

Sleep habits. Overall, the shiftworkers’ sleep habits improved significantly. More than 54% of the shiftworkers indicated that they’d made some changes to their sleeping environment to enhance their ability to fall asleep and stay asleep, especially during the day. Those changes seem to have paid off. The average amount of sleep shiftworkers got during the day (when working night shifts) increased a full hour from 4.8 hours to 5.8 hours (a 21% increase). In addition, 67% of the shiftworkers reported getting more than five hours of daytime sleep while working nights, compared to 45% before the workshop. Also, after the training, only 67% reported staying awake for more than 18 hours in the prior week, compared to 82% before the training. And improved sleep and reduced fatigue directly correlate with improved alertness, safety and performance.

Management of work/family balance. After attending the workshop, shiftworkers were better able to balance work and their family lives. For example, before the training, 41% found it “very” or “often” difficult to fulfill their domestic responsibilities; after the training, only 23% felt that way. Also, 46% reported difficulty finding adequate time for entertainment and recreational activities, compared to only 23% after the workshop. These results can be attributed to the shiftworkers’ having a better overall management of work and family issues.

Meaning of the Results

What do these results mean for your company? The study’s results demonstrate that shiftwork lifestyle training can improve shiftworkers’ ability to handle and manage the problems that shiftwork can create and thus improve their overall health, sleep habits and job performance. Improving these aspects of workers’ lives isn’t just a “nice thing to do.” It enables a company to realize real savings. Data on the mining company’s costs pre- and post-training wasn’t available. But Circadian surveyed 550 managers from companies that used shiftworkers. It found that companies that provided training for shiftworkers:

So given the savings in absenteeism, turnover and other performance areas, it’s clear that shiftwork lifestyle training is extremely cost effective.

The study shows that if a company can improve the quality of life of its shiftworkers and help them better manage the challenges posed by shiftwork, it can reduce absenteeism, turnover, safety incidents and workers’ compensation claims. You should be able to use this study to convince management that investing in a lifestyle training program for shiftworkers will pay off. 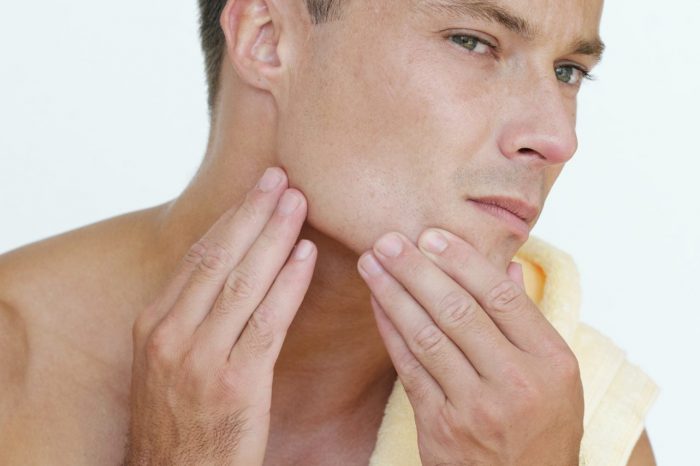