Selling Management on the Value of Safety Perception Surveys

Workers’ Perceptions and the Impact on Safety

One of the implications of this finding is that tracking and improving workers’ perceptions can help your OHS program achieve better results. One of the best ways to determine workers’ view of your company’s safety culture is by conducting safety perception surveys. You can use the data these surveys provide to form a baseline reading of workers’ current perceptions against which future improvements can be measured.

But convincing senior management of the value of such surveys can be a hard sell. Management may think safety perception surveys are a waste of time and money. Or they may be afraid of the survey’s results and prefer to stay in the dark as to what workers really think. We’ll tell you about a study by a researcher from Purdue University Calumet that you can use to overcome these obstacles and build senior management support for safety perception surveys.

The Purdue study focused on a mining and construction products company headquartered in Houston, Texas. In 1998, senior management decided to shift the company’s OHS program and safety culture from one driven by compliance to one driven by doing the right thing to prevent incidents and protect workers from injuries and illnesses. The goal was to establish safety as a company core value. A key component of this new approach was an emphasis on management accountability for safety and commitment to demonstrating leadership and support for safety.

As part of this long range goal, the company conducted a safety perception survey in January 2000 to gather information about how workers at different levels of the company regarded the OHS program. In addition, management wanted to establish a benchmark against which to measure future improvements to the OHS program.

The Purdue study is based on the results of the company’s safety perception survey as well as in-person interviews with workers. The 41-item survey, which was given to all workers, including office workers, at the company’s various locations, was designed to measure seven factors:

2. Education and knowledge. The questions for this factor covered safety training and communication. Sample question: Are workers adequately informed of the results of their exposure monitoring?

3. Safety supervisory process. Workers were also asked questions about how regulations, rules and procedures are enforced and how standards are communicated. Sample question: Are workers checked on a routine basis to see whether they’re doing their job safely?

4. Worker involvement and commitment. Questions under this factor gathered feedback on workers’ commitment to and involvement in the OHS program. Sample question: Do workers caution co-workers about unsafe practices?

5. Drugs and alcohol. This factor dealt with how effectively the company dealt with the potential problems of drug and alcohol use in the workplace. Sample question: Are workers who are using drugs or alcohol on the job able to work undetected?

6. Emergency response. The questions under this factor related to the company’s preparedness for emergencies. Sample question: Have you been properly trained to respond to an emergency situation in your work area?

Of 3,116 surveys distributed to workers, the company got 1,414 responses. (The surveys were supposed to be distributed during safety meetings where workers could complete them on company time. But at some locations, supervisors handed them out at the end or beginning of the shift and simply asked workers to complete and return the survey. As a result, the response rate was lower than expected.) The researcher analyzed these results and compared them to a database of more than 50,000 surveys previously administered at other industrial companies. He also analyzed the responses to specific questions in each factor to identify areas of strength and weakness. The results:

Overall result. As the chart below indicates, workers had an overall positive view of the company and its OHS program, with 79% of the total responses in the seven areas measured being positive. In addition, the company’s overall results were above the norm established by the information from the database, indicating that workers’ perception of the company’s OHS program and safety culture was better than that of workers in other companies.

Area of strength. Workers’ perception of the safety supervisory process was an area of significant strength. The results suggest that the company has reasonable and fair rules and enforcement and effectively communicated the consequences of safety infractions.

Areas of weakness. Within factor one (management commitment to safety), the weakest worker perception was of management’s safety leadership. Interviews of workers bolstered the survey responses in which workers expressed concern or scepticism over management’s long-term commitment to safety. In addition, the responses on emergency preparedness and off-the-job safety were strongly negative as compared to the norm. Other areas of weakness:

Bottom line: Workers perceived a positive change in management’s approach to safety but weren’t yet convinced that this change was both meaningful and lasting. Did this change in workers’ perceptions impact the company’s injury rates? After management changed its approach to safety, the company’s lost time injury rate showed a statistically significant decrease. The company planned to make additional changes to its OHS program based on the survey results and to conduct another survey in three years to measure the company’s progress.

The Purdue study shows that where management’s commitment to safety is clearly demonstrated through action, workers’ perception of the OHS program is positively influenced. Along with this change in perception, there also appears to be a strong causal relationship to the reduction in injury rates.

Senior management may think that your company has got the most effective and comprehensive OHS program possible. But if workers don’t believe in that program and the motives behind it, it isn’t as strong or effective as they think. Safety perception surveys can help you analyze what workers really think about your OHS program, the company’s safety culture and senior management’s commitment to safety. Yes, the results may reveal problems you didn’t know you had. But knowledge is power. It’s better to get honest feedback from workers and then take steps to address their concerns than to go along in ignorance until a major safety incident reveals these concerns anyway—and that’s exactly what’s likely to happen. 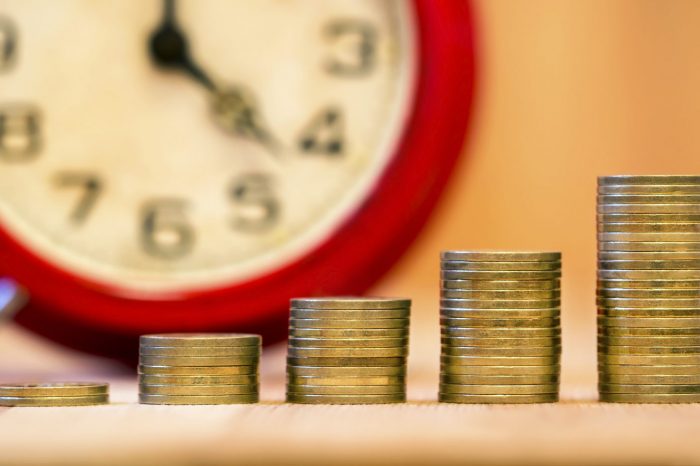 Proving the ROI of Safety