In a recent letter of interpretation addressing a common issue at worksites around the country, OSHA confirmed that injuries to employees sustained at the worksite as a result of “horseplay” are recordable on OSHA Logs, so long as the injuries also meet other general recording criteria (such as requiring medical treatment beyond first aid). Employers are encouraged to review their recordkeeping practices to ensure that they are complying with this interpretation of OSHA’s recordkeeping rule. A copy of OSHA’s letter is linked below.

The interpretation stems from an incident described as “horseplay gone badly.” At the end of a work day, two supervisors got into a physical confrontation while changing to go home. One supervisor pulled a knife and stuck the other in the arm, resulting in several sutures.

OSHA stated that the injury was recordable. First, because the injury resulted from an event occurring in the work environment, it was presumed to be work-related and none of the exceptions to this “geographic presumption” applied. The exceptions include, among other things, injuries such as those resulting from an employee eating, drinking, or preparing food for personal consumption, those involving signs or symptoms that surface at work but result solely from a non-work-related event, and those caused by a motor vehicle accident occurring on a company parking lot while the employee is commuting to or from work. Second, because the injury required medical treatment beyond first aid, OSHA concluded that it satisfied the other recordability criteria related to severity.

OSHA dismissed as essentially irrelevant the issue of whether the injury resulted from activities that were “not directly productive” to the employer’s work. OSHA also reiterated that there is no general exception under the recordkeeping rule for violence that occurs at the worksite.

Situations such as this are all too common in the workplace. Aside from taking steps to address violence in the workplace generally, employers must ensure that when an incident occurs and injury results, it is properly recorded under OSHA’s rules, if warranted. Jackson Lewis attorneys are available to assist employers in addressing workplace violence, reviewing their recordkeeping policies, and making individual recordability determinations.

In 2012, a construction worker in South Dakota injured himself while horseplaying with a coworker during a shift, at which time he was waiting on others to complete one phase of the job so that he could begin his task. After being denied workers’ compensation due to the reason for the injury, the worker sued the company, and the case eventually went to the state Supreme Court. Ultimately he was awarded the benefits because the “act of horseplay was not a substantial deviation from his employment,” meaning that he did not abandon his work to roughhouse or do so outside of the confines of his work environment.

The big takeaway for employers here is that horseplay at work can not only lead to a safety incident, but also impact the financial bottom line. This is not a call to ban all forms of horseplay and joking around at work, but rather that employers take steps to control it and minimize the associated risks. Some work environments are more conducive to allowing horseplay than others. For example, an office setting poses less severe safety risks for this type of behavior than a plant where heavy machinery is running or toxic chemicals are being handled. However, all organizations should be clear about what is an acceptable level of horseplay in their given environments and set clear boundaries.

When necessary, a “No horseplay – no exceptions” policy should be in place. This eliminates company liability should an incident occur, and provides a guideline for expected safety behavior among employees. In less hazardous work environments, you may consider identifying “no horseplay zones” and create office events at particular times when employees can blow off steam so that they are less likely to horseplay at other times in the day. Above all, be explicit about behaviors that you deem improper for your work settings and provide a thorough explanation to employees in documents and training materials. Notably, in 2009 OSHA established that for recordkeeping purposes, horseplay-related injuries occurring at the worksite during a work event must be recorded/reported as would any other workplace injury. Therefore, it is in the organization’s best interest to establish policy for reducing these behaviors.

This worker wasn’t able to go back to his job after suffering injuries when he was tackled during horseplay. The injured worker sued the employer. Is the employer liable?

Wayne Booth was a truck driver employed as an independent-contract hauler for Southern Hens Inc. in Mississippi.

On Oct. 30, 2012, Booth went to Southern Hens to pick up a trailer. While waiting for paperwork, Southern Hens employee Jerome Caldwell grabbed Booth from behind his midsection in a “bear hug.” Caldwell shoved Booth against some boxes and pushed him through a doorway onto a stack of pallets.

Booth was told that Caldwell was “just playing.” However, Booth suffered serious injuries to his back that required medical treatment. He wasn’t able to return to work due to the injuries. Caldwell was terminated as a result of the incident.

Mississippi case law also says a premises owner must protect an invitee from “reasonably foreseeable injuries at the hands of another.”

The appeals court found Caldwell’s actions weren’t “reasonably foreseeable.” The incident occurred without warning in a matter of seconds. Caldwell didn’t have a history of dangerous or violent tendencies at work.

How can employers prevent horseplay incidents?

For starters, make it known that workers are responsible for each other’s safety.

It should be clear to employees that they’re to refrain from engaging in unsafe behaviors on the job, follow all workplace rules and regulations, and ensure equipment is used properly, U of I states. Supervisors and managers have a responsibility to keep their employees’ work environment safe and free of harassment by monitoring for and preventing horseplay. 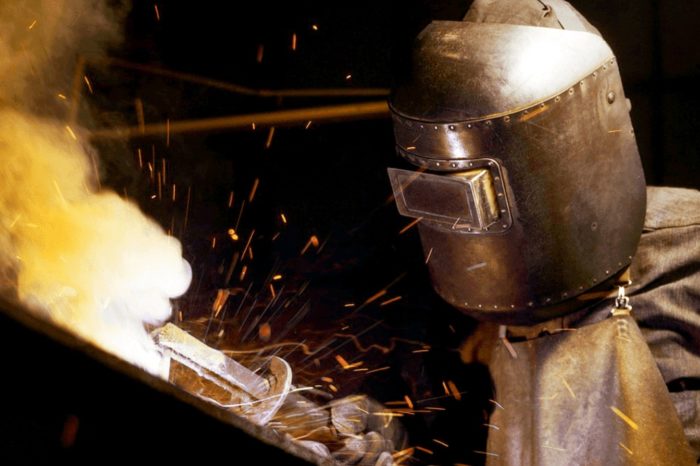